Bonanza is a 6 reel slot game, which arguably could be defined as a true ‘game changer’ as far as video slots go. Bonanza slot uses the patented Megaways™ game engine, which has now been used on multiple games from various developers. Despite not being the first Megaways™ slot, Bonanza was the game that really caught the general slot playing public’s imagination. Ever since its release at the end of 2016, Bonanza has been added to more and more online casino lobbies, taking centre stage more often than not. 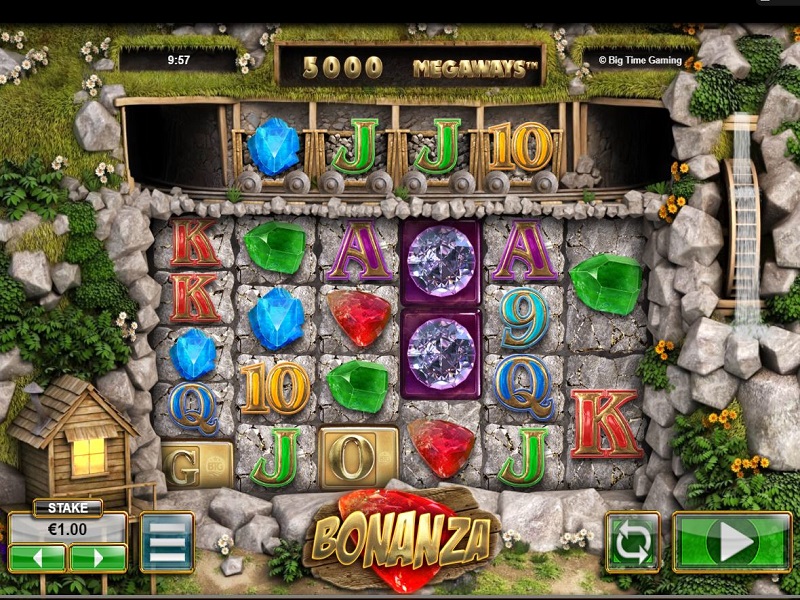 Play Bonanza slot for free online and see for yourself why so many players rave about this game. Many will struggle to put their finger on exactly what it is about this slot that makes it so entertaining, but few would argue that it is rightfully one of the most successful slot games ever built. The most notable thing you cannot experience in the free play version is that feeling of hitting the feature and seeing those multipliers stack up. This is something that free play is unable to recreate. However, for just getting a feel for the game and seeing how

Bonanza is easily the most played of the official BTG Megaways™ slots although it wasn’t the first as that honour goes to Dragon Born, followed by Queen of Riches and then Starquest. The Megaways™ engine has since been licensed out to Blueprint, Red Tiger and other smaller developers as can be seen with Kalamba’s Machina.

Here there is an Australian outback mining theme with the banjo playing away noisily as you spin and quite basic symbols with a diamond, gems and gold bars featuring. The Megaways™ mechanic simply means that some very complex maths is presented simply by means of varying rows on the screen, from 2 to 7 with a minimum of 3 on the centre 4 of the six reels – on any spin therefore you can see 324 up to 117,649 ways to win.

Bonanza Megaways™ has stacked and single symbols with diamonds as the top pay at 50x stake for a full 6-of-a-kind, then the ruby at 7.5x. There are two more gems of blue and green at 2x then six card values of ranging form 1.75x for the aces down to 0.8x for the 9’s. Wilds can only appear on the top scrolling bar of 4 symbols above the centre 4 reels.

Bonanza slot initially spins in the reels, but any winning symbols are dynamited and replaced with a cascade of new ones from above so any spin may give from 1 to 10 or more consecutive wins. This fact becomes ultra-important when we take into account the bonus feature.

When you play Bonanza you will hear loud thuds as Gold Bar scatters land on the reels. These can also appear on cascades where you’ll have a heartbeat sound if you have 3 or the 4 required on the reels and are waiting for replacement symbols to drop down when you’ve had a win. The 4 Gold Bars give you 12 free spins and any extra ones will each add 5 spins up to a maximum of 8 for 32 spins. You can get retriggers of 5 or 10 spins if you see 3 or 4 of them appear on the top scrolling reel during the free games, as they don’t appear on the reels in them.

The enhancement here is that you get an increasing multiplier for every winning action in the bonus, so for example your very first spin could yield say a 5 or 6x multiplier if you get a succession of winning combinations. This makes the bonus very volatile but it has huge potential. If you imagine 108 full ways of aces at 1.75x bet on a 15x multiplier, that’s a 3000x bet spin on its own!

Bonanza Megaways™ is personally my favourite slot ever. As well as the exciting free spins you can also hit some huge wins on occasion in the base game if things line up for you. The price for this madness is a very infrequent bonus trigger – it comes in on average every 460 spins, so on a 96.00% RTP game this results in an average free spins yield of around 100x bet, the highest you’re likley to see on any slot. The base game has 71% of this RTP which if it didn’t would mean very little play time before busting out while chasing that bonus. As it happens, the base game does tend to keep your balance afloat for a decent period and that is why this slot is so successful and draws me back to it again and again. 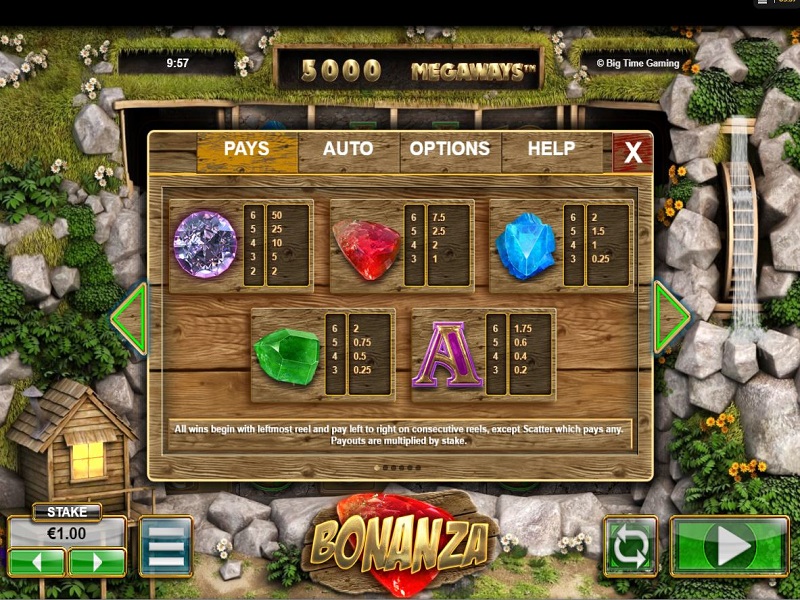 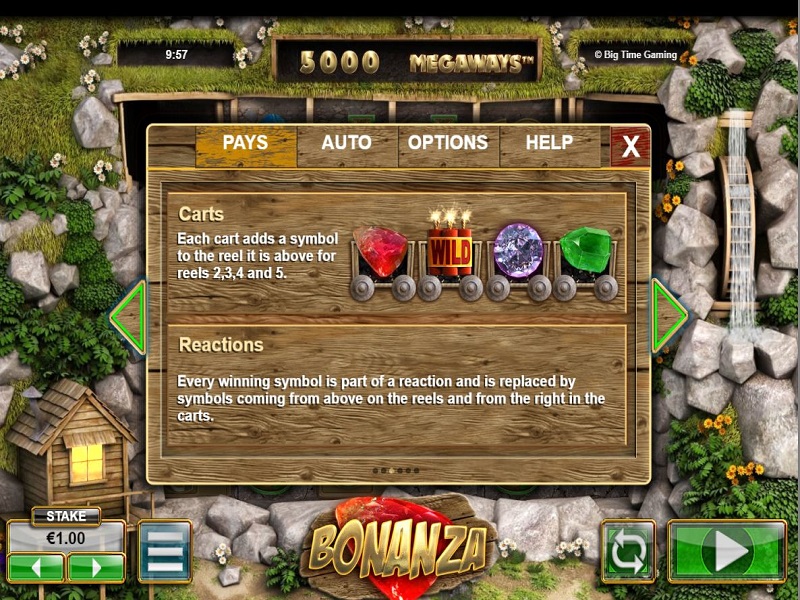 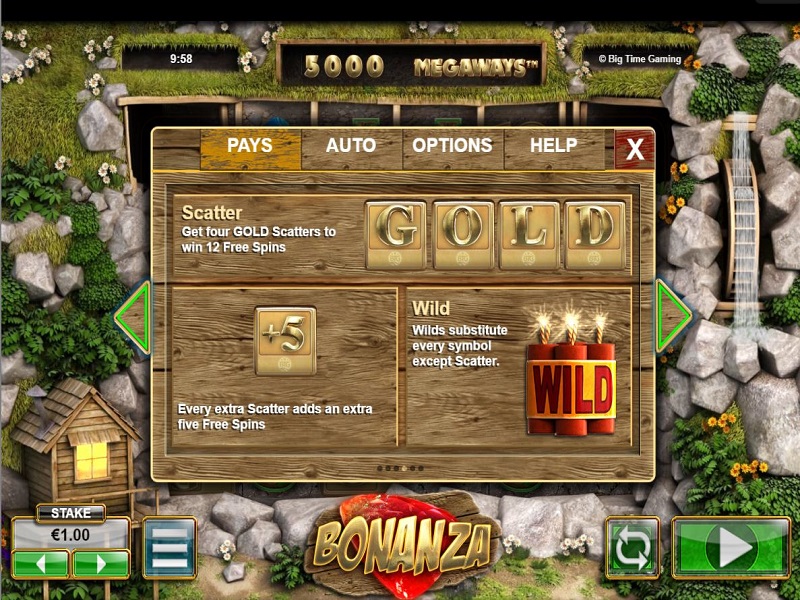 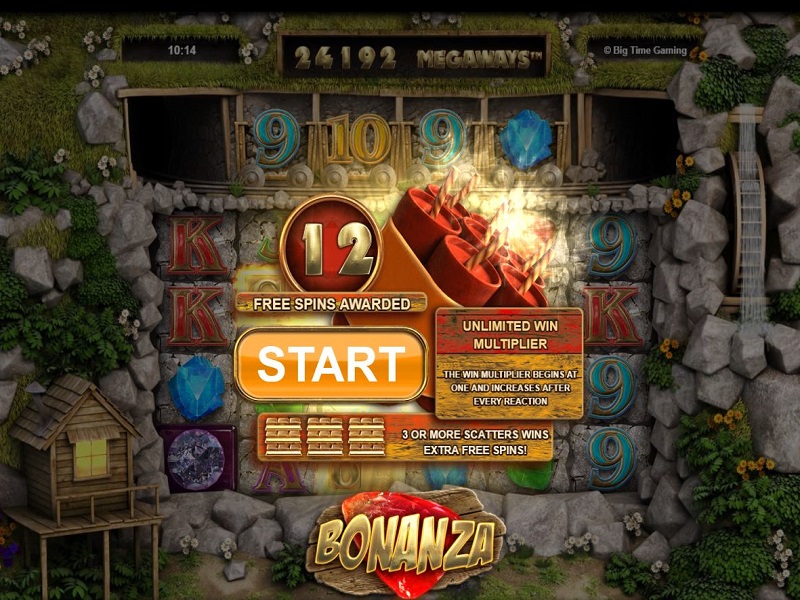 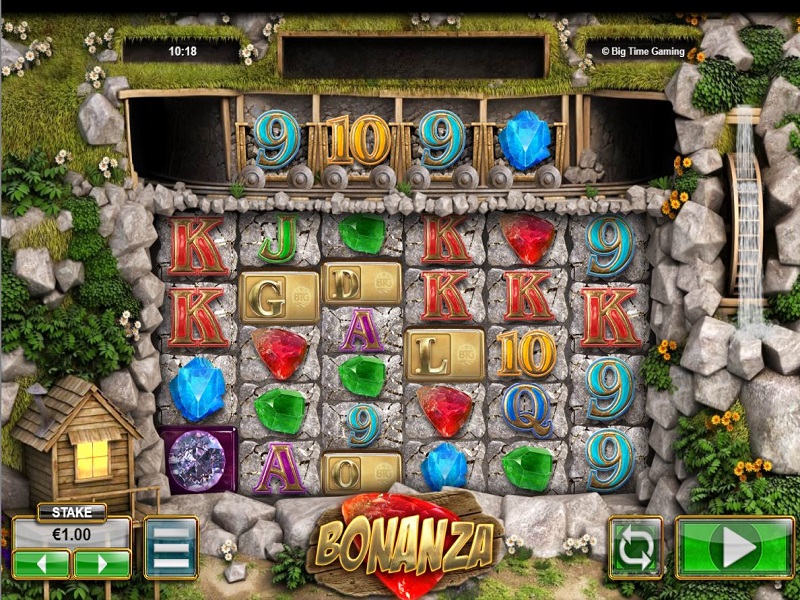 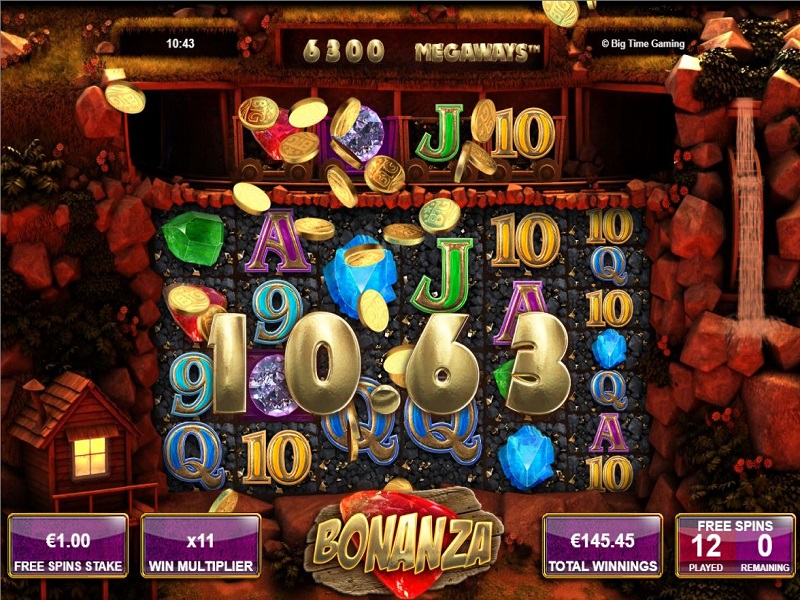 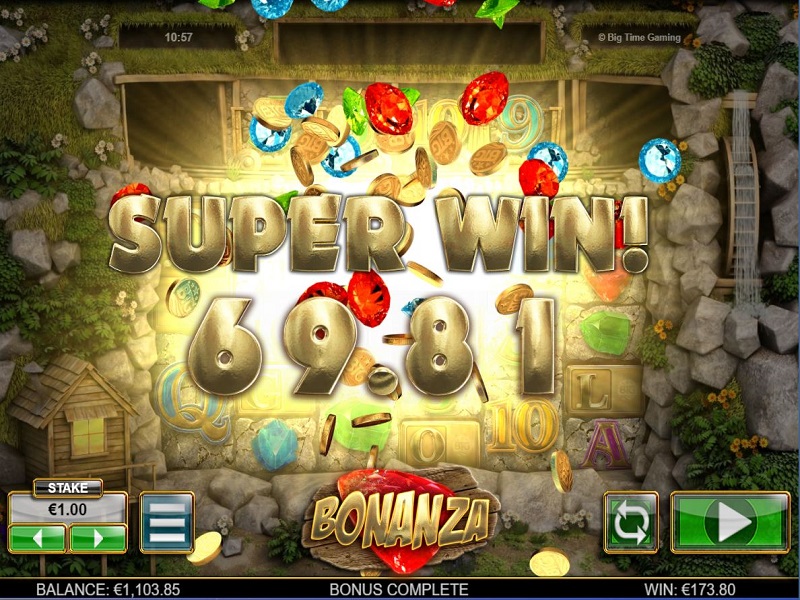 Big Time Gaming (BTG) is the developer of this popular video slot that is packed with some very big numbers. There name may not trip off the tongue, as say IGT, WMS or NetEnt does, but they are not a serious contender in the slot game maker market. The clever math models of their games, combined with catchy music and interesting graphics means they enjoy a solid base of loyal slots fans from all over the globe.

White Rabbit and Danger High Voltage slot are two more very popular video slots that have been developed by BTG. The list of hugely popular games that they have produced keeps on growing and growing and it is unlikely to stop anytime soon. Expect The Final Countdown and Who Wants to Be A Millionaire? to also be as successful as many of their other titles.

The slot game developer Big Time Gaming (BTG) followed up to Bonanza slot with a sequel called Extra Chilli. However, all this managed to do was convince Bonanza slot lovers that the original was even better than they originally thought. There was nothing wrong with Extra Chilli, but there is just something very special about Bonanza, which has not yet been emulated in any other game. Slightly worryingly, Bonanza’s popularity is also closely linked to its addictiveness and players are warned that this game can leave your bankroll very empty should you persistently be chasing those potentially huge winning possibilities in the free spins bonus feature.