Norse legends and Northern mythology are what Thunder Strike Megaways™ slot is all about. This Blueprint Gaming release identifies itself as one of the more unique titles you will find using the Megaways™ branded game engine. 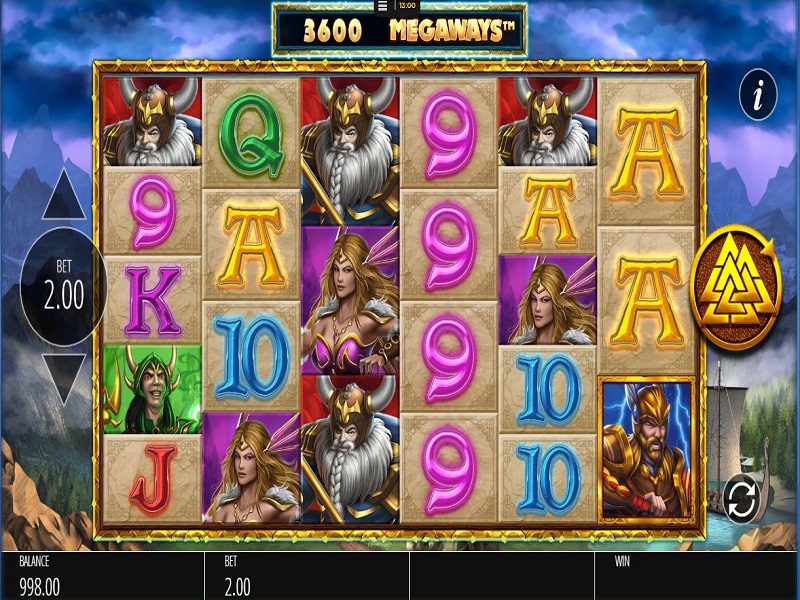 Prepare yourself to harness the thunder of the Norse gods by playing this action-packed Megaways™ slot machine for free. Thunder Strike, like many other games using the Megaways™ patented game engine, take some getting used to, so it makes sense to try them for free first before depositing and playing for real money. This particular slot has got a number of features that you will not see in other Megaways™ slot games such as Diamond Mine and Irish Riches. The slight downside with playing in free mode is that should you hit a big win, you don’t get to see the money in your account. Other than that though it is definitely worth doing in my opinion.

Thunder Strike Megaways slot is the seventh game of this type to be produced by Blueprint Gaming since using the license from BTG. We have a very different format to the rest of the Blueprint Megaways slots because there are no triggered bonuses like with Primal or Buffalo Rising Megaways for example. The theme here is quite like that of Vikings Unleashed and Thunder Strike shares a few of the sound effects with that slot too. So what does this game without scatters offer us?

You can only attain 5 rows at the most on the six reels Thunder Strike Megaways slot gives you, so 15,625 ways is the highest you can achieve on any spin unlike the crazy 117,649 of Bonanza. You do however have wins paid from right to left as well so that’s not a bad counterbalance. Mystery stacks make an appearance here in the guise of the Yggdrasil Tree Of Life and Thor’s Hammer can appear on the middle four reels as a Wild which activates a modifier.

The best pay for a way is 50x stake if the Yellow Warrior appears then the second best is 10x right down to just 1x bet for the lowest card number which is a 9. You can see any symbol stacked too in various amounts of rows.

If the Hammer of Thor appears anywhere on those centre four reels you’ll be paid if applicable and then it expands into a Wild reel and gets a multiplier overlaid according to the rows on the reel it landed on which can be from two to five. It then remains in place for a respin and if another lands the process is repeated. The Wilds are multiplicative so you could at the extreme get a 625x multiplier with all four reels getting a 5x one.

If you win 5x bet or more you can exchange for a gamble disc on which the left side has a ladder of 1 to 25 Megaspins and the right has cash from 10x bet to 250x bet at the top. Each 5x bet you win is equivalent to one Megaspin and one Megaspin has a cash value of 10.00 on the opposite ladder. You can collect either side at any time, but get red on the gamble you lose everything. Megaspins have more frequent Wild respins and mystery stacks.

Thunder Strike Megaways has a 96.50% RTP of which much is in the Wild and Megaspins features. The Megaspins can pay really well on just one spin if you get a good combination of more than one Wild multiplier reel and mystery stacks on the other reels. They can just as easily pay poorly too and your 5x bet wins don’t come along too often so chances of exchanges are limited by that fact as well. Thunder Strike is a real gambler’s slot in my opinion and like those Vikings depicted can soon pillage any riches you own. 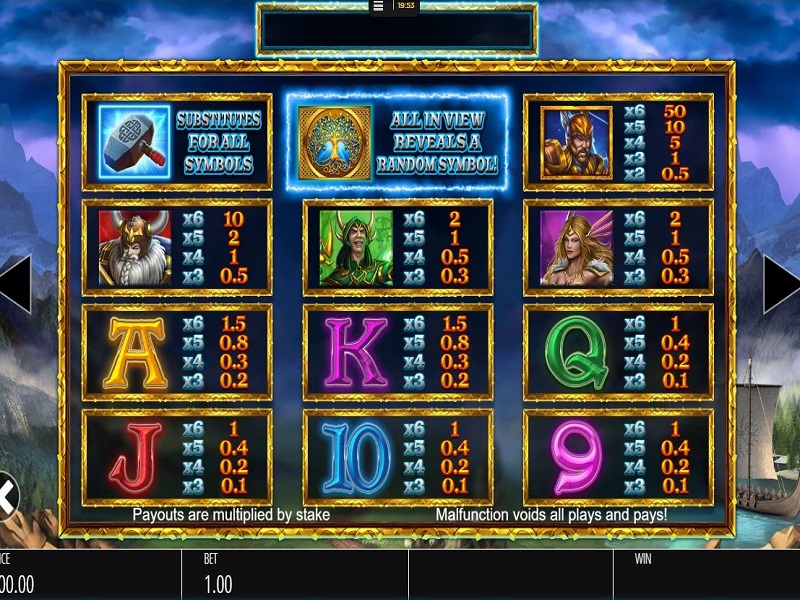 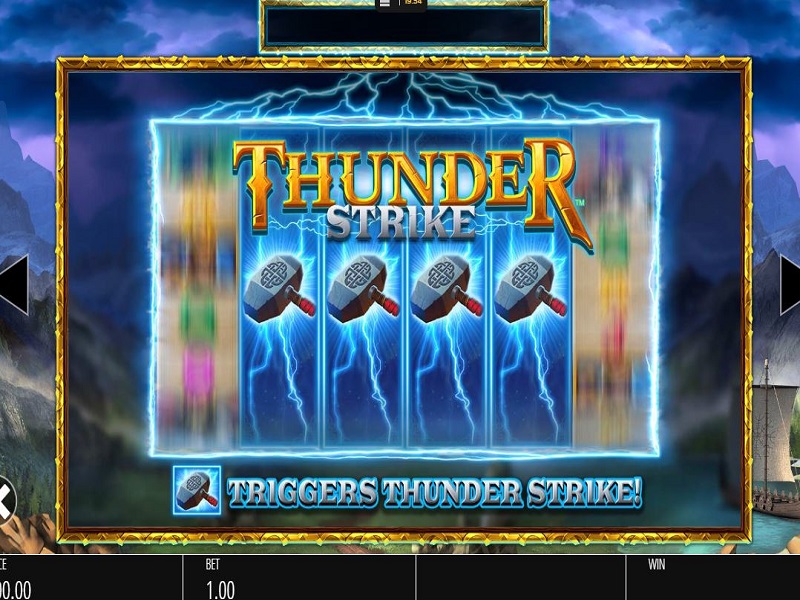 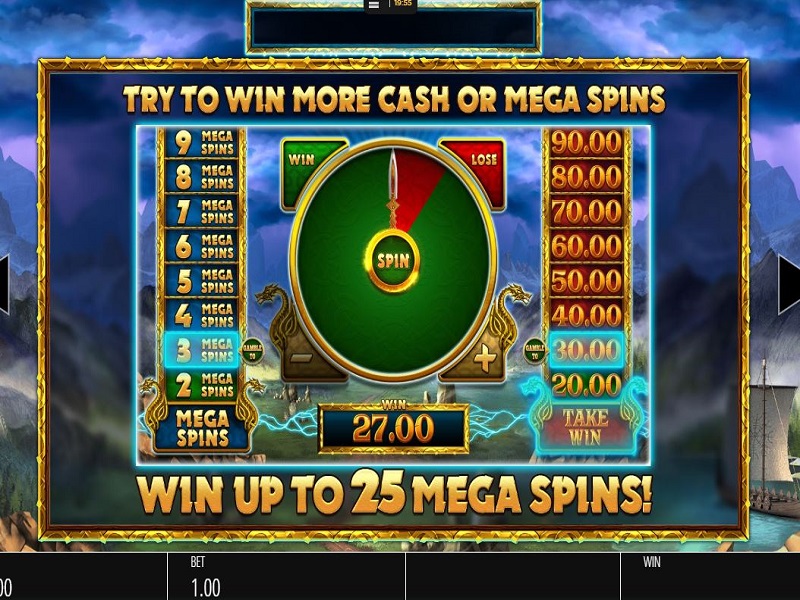 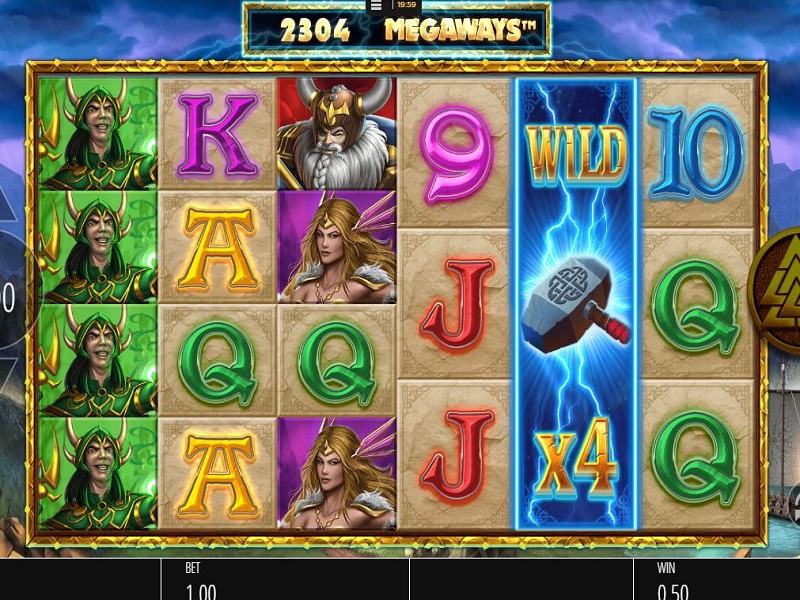 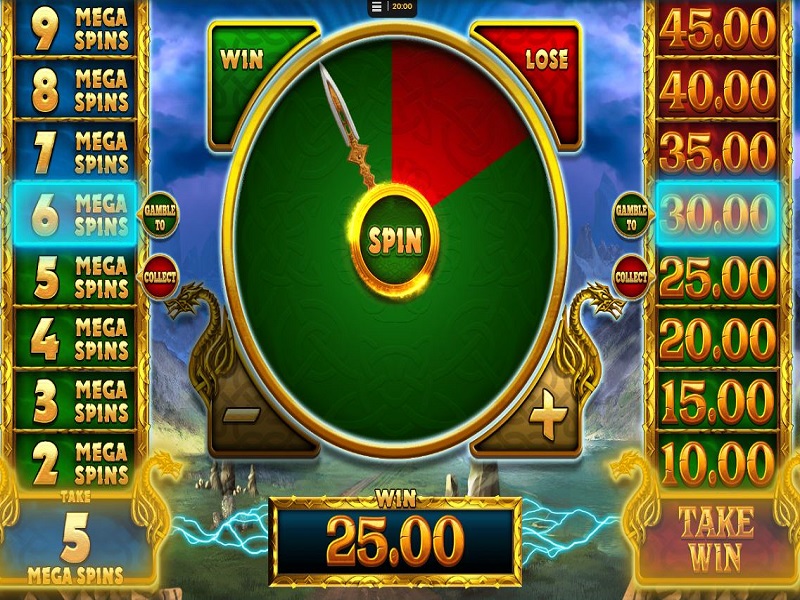 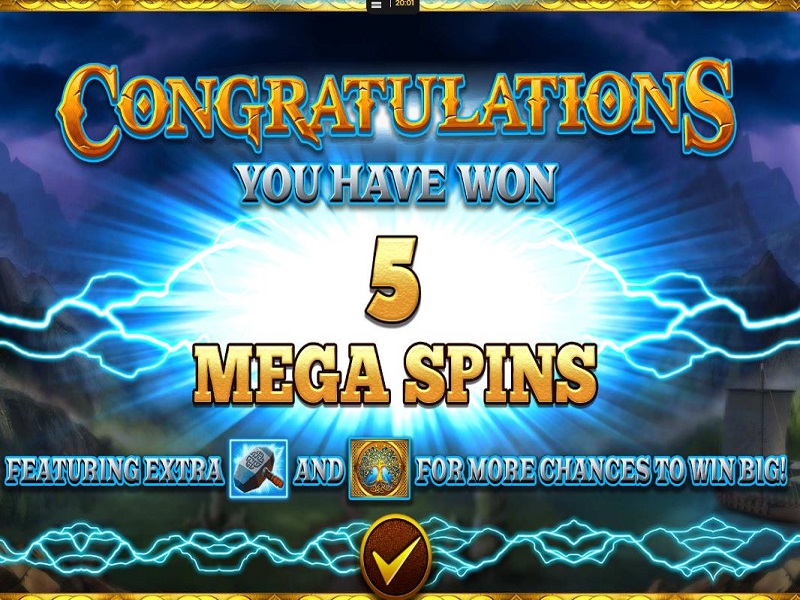 Thunder Strike Megaways™ is an online video slot that Blueprint can be proud of, which is not something I would say about all of their collection. The game enjoys beautiful graphics, bringing some very pleasant visual elements like colorful symbols and animated thunders thoughout the background with scenes of landscape and nature.

As a leading provider of online slot games, Blueprint Gaming are quite adept at producing top gaming entertainment. They may have a bit of a conveyor belt of titles flying through their development studios, but every now and then you get a real enjoyable game. That is what I would say about Thunder Strike, which really is a compliment to their line up of Megaways™ games. I have also enjoyed their North American-themed game Buffalo Rising, however there are quite a few that I could easily ignore. I recommended giving it a go yourself and seeing what you think, I have a feeling you are going to like this mythical beast.